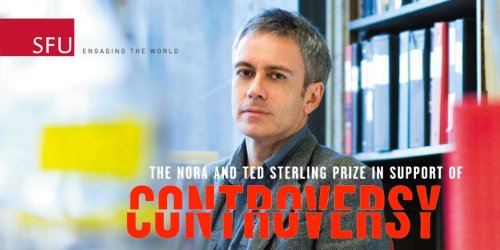 Congratulations to Crawford Lab member Bernard Crespi who received the 2016 Nora and Ted Sterling Prize in Support of Controversy for his novel research that re-envisions human mental illness through the lens of evolutionary biology. According to the New York Times, Crespi’s theory is one of the most revolutionary ideas to psychiatry since Freud.

Crespi was presented the Sterling Prize at an award ceremony held on Monday, October 17, 2016, at the Morris J. Wosk Centre for Dialogue at SFU’s Vancouver campus.